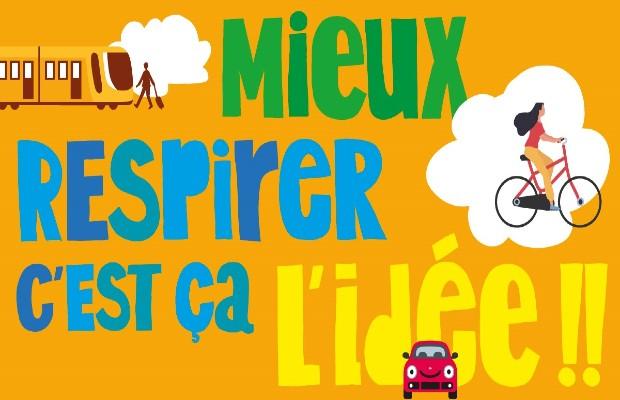 Like all large urban areas, the Eurométropole of Strasbourg faces the problem of air pollution which carries a risk for the health of its residents. Many studies show that populations living in areas where the air is polluted develop heart and lung or brain disease and cancer. In average, 500 premature deaths in the Eurométropole per year are believed to be due to poor air quality (Source: European Heart Journal, European Society of Cardiology, March 2019, France figures correlated to the Eurométropole population).
Despite a tendency in an improvement of air quality over the last few years, nitrogen dioxide limit values continue to be excessive in areas close to road traffic.

In September 2019, Eurométropole de Strasbourg Council adopted a decision setting the goals of the Low Emissions Zone (LEZ). With this vote the councillors decided that the zone would include the whole Eurométropole area, that it would apply to all vehicles on the roads, but that the city centre and the suburbs would follow different calendars.

A LEZ aims to protect populations living in the most densely populated areas, and therefore the most polluted areas, from the risks of poor air quality on their health.
The aim of an LEZ is to reduce the circulation of the highest polluting vehicles within a defined perimeter. To circulate within the area, the Crit’Air sticker must be placed on the windscreen.
It differentiates vehicles according to their level of air pollutant emissions. The highest polluting and "non-classified" vehicles cannot drive inside the LEZ (unless they have an exemption).
The idea is therefore to encourage alternative means of transport and to use the cleanest vehicles.